Devices that participate in the Internet of Things (IoT) allow for the proliferation of internet access beyond the conventional desktop PCs, laptops, cellphones, etc.

These Internet of Things devices are built from the ground up with HD integration, allowing for effortless communication and interaction via the web and convenient remote monitoring and control.

According to studies, around 20 billion smart gadgets are used by humans. Since 2015, there has been a dramatic rise in the demand for cutting-edge Internet of Things gadgets. People in the West are embracing this technology and it turns out that many IoT hubs are located in the United States.

IoT is a branch of computerized systems that enables the widespread, remote monitoring and control of everyday objects like machines, devices, and infrastructure. It enables Internet-based functionality such as automated interventions and low-cost internet services.

It could include smart wearable devices, sensors, refrigerators, cars, etc. In IoT, sensors continuously monitor and record data, making it possible to control the objects and deliver the data to a computerized display.

Here are the best IoT devices:

Automatic temperature regulation lets you regulate the temperature in your home following your typical schedule. It uses little power and is broadly compatible with existing technology.

IoT smart locks can secure your house from outsiders. Smart locks are accessible anywhere. You may also observe whether the gate is locked. If the door isn’t locked properly, you can use the app. When a user approaches the gate, the smart lock activates.

Doorbells are one of the most popular smart home devices. They automatically start a voice-activated doorbell when someone’s doorbell rings, letting you see who is in the house at a glance.

The popularity of doorbells has grown over the years due to their ease of use and flexibility as a home security system. With the adoption of the Google Home smart home device, doorbells are now available as a basic feature.

The Amazon Echo is one of the latest IoT devices. With voice-activated functionality and an array of voice-controlled applications, the Amazon Echo is a favorite for homeowners and business owners.

The Amazon Echo has grown tremendously over the years due to its ease of use, low price point, and ability to provide alerts from the home phone.

Google Home has undergone several updates and revisions since it was first released, but it remains one of the best-selling home automation devices in the world. With over 70 million units sold worldwide and an array of new features over the years, Google Home remains at the center of it all.

This plug measures power use and adjusts power flow depending on usage.

This monitor can help take advantage of the shift in lifestyle that occurs with the growth of cities.

These light switches use computer vision to make informed choices about what to switch on and off. With the addition of an “action” button, users can select between different settings and color schemes, such as white noise and night-time lights.

They are ideal for people who want to reduce the impact of lighting on others.

It’s one of the latest IoT devices. It is a Robo-camera that lets users see what is happening in the world around them from an online camera. It is based on the same technology in self-driving cars and provides real-time visuals on demand.

The Amazon Dash is a cloud-based app that lets people create and manage their smart homes. You can use it to manage multiple Home Automation devices, check on other vital information, manage recurring expenses and manage social media campaigns. This app offers real-time visuals and is easy to use.

IoT continues to gain pace and smart devices and solutions may interact with the internet to minimize human health and environmental impact. These devices might be smart home appliances or home automation add-ons. These devices’ design, implementation, and operation are key to scaling IoT systems.

How To Combine PDF Files Online

How To Use A PDF Editor To Make Changes Or Corrections 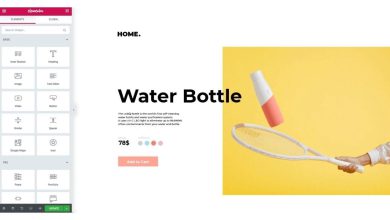 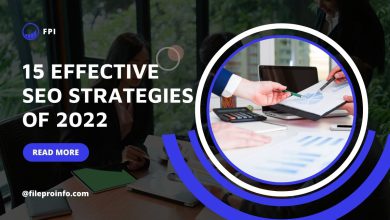 How to make an Effective SEO Strategy: 15 Ultimate Checklist 2022