Both Safari and Firefox have removed third-party cookies from their browsers, but neither has caused as much concern as Google’s announcement of a similar plan by 2023.

There is no doubt that a paradigm shift is taking place for advertisers and publishers, with far-reaching consequences for their businesses.

When Google finally implements this policy, I believe it will be the final nail in the coffin.

Here is what you need to know about third-party cookies

Lou Mountulli, a 23-year-old Netscape engineer, invented the cookie in 1994. He aimed to develop a tool that would assist websites in remembering their users, such as their password, experience, and what they did on the site. However, he attempted to keep it from being used for cross-site tracking.

A year later, DoubleClick, an ad tech company, was founded. Its founders realized they could use cookies to track users across the web, so they deployed the system, and it quickly became the dominant ad-targeting system.

Google bought this company in 2008 and expanded its advertising business beyond the SERPs to include programmatic ads on other websites.

The ad-targeting business became one of the primary reasons why there is so much free content in the world today, allowing publishers to monetize their content creation efforts.

This piece of code assists websites in collecting data about your website behavior, which the website owners then use to provide you with a personalized experience whenever you visit the site.

Third-party cookies, on the other hand, are not created by the website you visited; rather, they are created by a third party. That third party is most likely an advertising firm, and it tracks you across the internet to collect data about your behavior, interests, and so on.

This information is then used to send you targeted advertisements.

Here’s an illustration: You went to one website earlier in your search for the best loafers for men. You spend some time on the website, then a few minutes later, while you are busy doing something completely different on another website, you see an advertisement for the best loafers for men. The ads are most likely served by a third party. The ad is not owned by either the previous or current website you visited. It’s a third party.

While this benefited advertisers, it has become a major issue because ads now follow internet users around, and it appears that everything users and ads do is being monitored.

The ad tech industry is very advanced, and businesses in this industry make millions of dollars. You cannot expect them to simply give up their source of income without providing a solution.

Google is currently collaborating with other interested parties to resolve this issue, even as it tightens the user privacy space.

So far, some of the solutions they’ve devised include:

Although Google played a significant role in the emergence of this issue, it is also working to resolve it. For example, it has been reported that Google delayed the phasing out until 2022 in part because she is looking into other ways to secure the web while still allowing publishers and advertisers to make money.

It is “a collaborative effort to develop new web technologies that will improve people’s privacy protection while maintaining existing web capabilities, including advertising,” according to Google.

This means that relevant ads could still be served to internet users, but the targeting would be based on cohort ID rather than personal data. FLoC API assigns a cohort ID by forming large groups of people who exhibit similar behaviors.

However, due to the complexities of this subject, all of these things are still in the works, and you will have to keep up with these developments by following them in the news. You can also learn more about it here.

In the meantime, here are some pre-existing solutions that have always been available.

Email marketing has been around for a long time. And, despite the occasional rumor of its demise, email marketing remains one of the best marketing investments available, with every dollar spent returning $36.

However, long before the demise of third-party cookies, author Ryan Holiday emphasized the importance of every publisher and business owner owning an email list in his Perennial Seller. This is because, as he explains, if any of the platforms we rely on today decides to remove us or go down, your email list will always be yours, and you will not lose your customers or audience as a result.

Affiliate marketing has been a lifesaver for many businesses.

It is still — and is becoming more — popular because when affiliate marketing is used, no one loses.

I wrote a post about fitness blogging that exemplifies how affiliate marketing works.

I recall a company contacting me after seeing it on Google’s first page.

It wasn’t even in the top three yet, but they offered a nice incentive if I mentioned their product.

It was a source of income for me as a blog owner, despite the fact that the blog was not intended to generate affiliate income in the first place. So I worked harder to rank it higher on Google, and they didn’t have to do anything.

Instead, they were focused on improving their business, whereas I was focused on bringing users to them.

No one expected the renowned father of modern marketing, Seth Godin, to say “content marketing is the only marketing left” to be useful in this context.

Rather than bothering your target audience with advertisements, why not let them find you on their own? Aside from the supporting statistics, it stands to reason that an audience who found you organically is more likely to convert than one who was bombarded with ads.

Over 2,000 of them are vying for their attention.

A user who searches for a keyword related to your business is more likely to purchase than someone who simply sees an advertisement about it, whether they want it or not.

Here are the three most popular content marketing types in the 2020s.

Should you be worried?

If you own a business in an industry other than advertising or publishing, I believe you should leave this problem to those who work in those fields because it is their battle.

If you are among those who are concerned about the phasing out of third-party cookies, what you can do is stay up to date on the latest news from the industry’s top guns and influencers, such as Google.

I understand it may be difficult for you to transition to content marketing if you are not already familiar with the field, but as you are already a marketer, it is prudent to begin investigating how you can do well here.

The fundamentals of marketing rarely change. It is the channel and tactics that change, and we must all keep up with this information.

Learn more from business and read 10 Steps to Start and Build a Successful Business.

How to Get Government Contracts

Is Telegram Better Than WhatsApp? Let’s Find Out the Difference Together 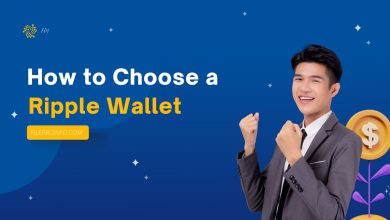 How to Choose a Ripple Wallet 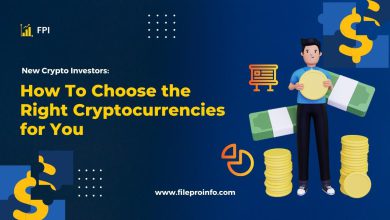 New Crypto Investors: How To Choose the Right Cryptocurrencies for You 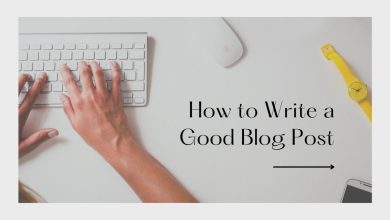 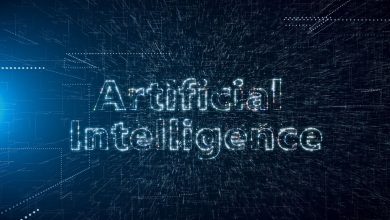