QA Automation, often known as test automation, is a field that combines programming, analytics, and testing. This field’s experts concentrate on two major issues. They develop code to evaluate product features that aren’t accessible for manual testing and to optimize normal operations, allowing them to devote more time to non-standard and high-priority jobs. The release cycle is shorter as a result of automation, and consequently, the product reaches its end consumers sooner.

Automation Testing is unquestionably thriving in today’s world, displacing conventional manual testing procedures inside enterprises. Automated testing is less efficient, labor-intensive, and scalable than manual testing, as well as providing greater performance and lower operating expenses. Automation testing is critical in the process of creating test cases and executing them based on predefined actions using different tools and software.

According to reports, the automation testing market would surpass 28 billion US dollars by 2024 in its analysis. You may want to develop your automated testing journey with only one programming language! If this is the case, it is time to take notice of the fact that a solid understanding of that applicable Programming Language is essential to pursue a career in automated testing.

You must be aware of the programming language utilized in Automation Testing. C#, Python, and other languages are among the languages that may be used for automated testing.

What Are The Top 7 Programming Languages For Test Automation In 2022?

There are a variety of programming languages you might learn in the next year to improve your test script authoring abilities. To make the process of test automation simpler, learn to develop scripts in a variety of frameworks. We have specially curated for you a list of the top 7 Programming Languages for test automation that you must look for in 2022.

The following are some of the primary reasons behind Python’s popularity:

Our next priority is from the list of top languages for automated testing in Java. Oracle Corporation’s Java is widely used by giant organizations and has been around for decades. Many individuals believe and trust in Java codes to automate tests. Most corporations have embraced Java as a programming language due to the reliability of its codes. Furthermore, studying Java may lead to a plethora of work chances in the field of automated testing. As a result, Java is on the list of the finest automation scripting languages to learn in 2022.

To include Java’s coding syntax into the test scripts, you must devote effort as well as time to mastering it. It includes several open-source libraries as well as a stack allocation scheme. The combination of Java Unit with Selenium WebDriver may significantly improve the capabilities of automated browser testing for online applications and websites. Because numerous open-source frameworks are built in Java, it is one of the most important languages to learn in 2022 if you want to execute effective test scripts.

JavaScript, which is mostly used for front-end development, is also a fantastic programming language for test automation and is widely used for front-end development and automated testing on many big consumer websites. According to the Stack Overflow Developer Survey (2019), JavaScript took first place in the ‘Programming, Scripting, and Markup Languages’ part of the ‘Most Popular Technologies’ category.  One of the main reasons for its prevalence in test automation might be the widespread use of shift-left testing approaches, which include developers in the construction of test code.

In the shift-left technique, the QA team collaborates closely with the development team to build effective test automation solutions. Test scenarios including automated browser testing, developers prefer to utilize JavaScript along with Selenium. It may also be utilized with a remote Selenium Grid like the LambdaTest without requiring significant source code modifications. JavaScript is a prominent programming language for test automation due to the large choice of testing frameworks available for E2E (End-to-End) and unit testing. Below-mentioned is some of the most popular JavaScript test automation frameworks:

In the field of test automation, C# is slowly but surely gaining traction. Many automation testers make use of C# for test automation and cross-browser testing because of the language’s robust capabilities and interoperability with Selenium WebDriver. Testers may create fast and maintainable test code by making use of the (POM) (Page Object Model) design pattern.

Ruby is another test automation programming language that is gaining traction in the field of test automation.  It is open-source, with an emphasis on simplicity and productivity. Ruby and Python, are simple to learn and use. Ruby is a strong programming language because of its user-friendly syntax and versatile object-oriented design. Another intriguing feature of Ruby is the increasing community of Ruby users, which is regarded as one of the language’s most essential assets.

It is gradually gaining popularity as a programming language for developing online apps. Ruby allows developers to create usable apps with many fewer lines of code. Because the Selenium framework is compatible with the Ruby programming language, it may be utilized for Selenium test automation. It is not difficult to start with Ruby and Selenium, and you can write your first cross-browser test using Selenium WebDriver and Ruby in only a few lines of code. In Ruby, many test automation frameworks aids in cross-browser testing. The most common Ruby testing frameworks are listed below:

SmashTest is a NodeJS-based test automation programming language. It is an open-source tool. This Programming Language can be used for quickly creating tests. Although the language is ten times quicker, SmashTest’s documentation is inadequate. You have run from place to place for test case creation while working on automated testing using SmashTest.

Test automation using SmashTest is a pleasure only after you get a hang of the language. The language is simple to grasp, has simple and human-readable stages, and has robust reporting capabilities, making it an excellent Programming Language to learn if you are the one who wants to indulge in test automation.

PHP is a web development, server-side programming language. It is, nevertheless, widely used as a programming language for automated testing. If you’re just starting with programming, PHP is a great place, to begin with.  When you compare PHP to other backend programming languages such as Java and Python, PHP has a low complexity level. This Programming Language has a flourishing ecosystem and a strong community. It includes XDebug, a sophisticated debugging and profiling tool with many features. It supports a variety of test automation frameworks, including:

So start making preparations now to study new languages in 2022. To take over the new and complicated automated testing difficulties that are anticipated to appear next year, you are also expected to develop your abilities.

Top 10 NFT Trends That Are Changing Everything 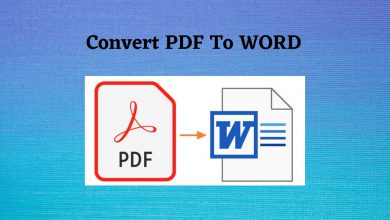 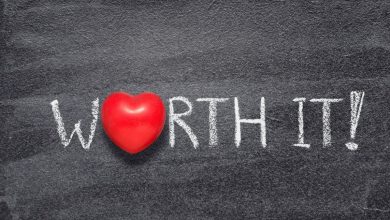 Is Blogging Still Worth It? 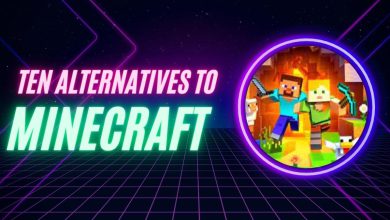